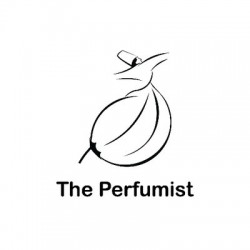 Oud Perfume Oil – The Most Luxurious Fragrance Oil In The World

There is a huge variety of incense fragrance oils in the world, out of which oud oil is known to be the most expensive oil used by the high-end people of the society. The reason behind this is that this oil is distilled from the popular Agarwood tree.

If you have a bit knowledge about trees, you might certainly know that agarwoord is listed among the most expensive trees in the world. Hence, the oil extracted from the same, would obviously be expensive.

The Oil For Royalty

For centuries, oud perfume oil has been used by Sultans and royalty around the world. To justify this, there are several stories in the historic past. One of the stories tell us about the King Louis XIV of France, who used to get his clothes washed in Oud oil. Isn’t it a fascinating fact to know?

Even today, perfume oil oud is considered as a luxury item used by the western royal society and the royalty in Arabia and across the world.

Oud oil is used in various ways, owing to its number of benefits, such as the following -

How To Distinguish Between Pure & Synthetic Oud For Sale

If you are planning to purchase oud oil online or from a local store, make sure you know how to spot the difference between pure & synthetic oud oil.

The simplest way to spot the difference between the two is through their smell. The smell of oud can be described as heavenly, balsamic and woody. It surrounds a warm aura of woody and bitter sweet nuance. On the other hand, synthetic Oud lacks that warm balsamic aura and has a plain woody and leathery smell.

So, if you are all set to purchase the fragrance oil, keep this tip in mind, and be prepared to feel the magic of using the most exotic fragrance oils in the world. This is even a good option for gifting to a love one.